Tatar: “Turkish Cypriot people have come to a point where “state and sovereignty” come to the fore in the Cyprus issue” 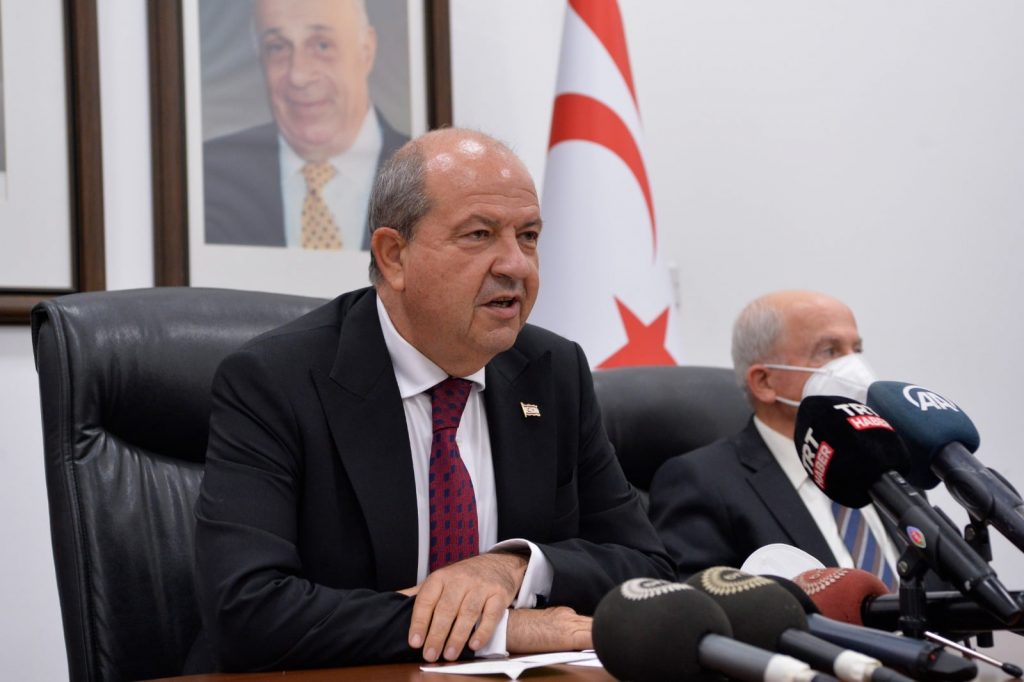 TRNC President Ersin Tatar emphasised that the Turkish Cypriot people have come to a point where “state and sovereignty” come to the fore in the Cyprus issue, with the support of the Republic of Turkey.

President Ersin Tatar completed his New York contacts and returned to the TRNC last night (28th September). Tatar held a press conference at Ercan Airport on his return to the country.

Tatar said, “We are not recognised, but everybody knows that there are two separate peoples and two states in Cyprus” and pointed out that they made this policy permanent and brought this policy to the agenda of the world public opinion in a short time.

Adding that the UN is also in search of “how can we unite the two sides in the name of creativity”, he saw the Secretary General in good faith, and the UN now understand the Turkish Cypriot people and approach the issue accordingly, Tatar said that the UN Secretary General has now comprehended the spirit of the Cyprus issue.

Stating that Turkey is an actor and an important power in the region, that Turkey cannot be ignored and that today would be very different if Turkey joined the EU, Tatar noted that the policy they put forward with the support of Turkey is meaningful, realistic and valuable for the national cause.

Tatar pointed out that this was voiced at the UN and added that expressing it there by Turkish President Recep Tayip Erdoğan is important for the two states and sovereignty.

Stating that the UN may appoint a new representative to Cyprus, they expressed the necessary sensitivity on this issue, and they held extensive negotiations, Tatar noted that in New York they conveyed the new policy of the Turkish Cypriot people and emphasised two states and sovereignty.